The appointment was announced following the termination of appointment of the former Acting Provost Dr Jimoh Ahmed Ayinla with immediate effect.

Dr Jawondo Ayinde Sheu until his appointment was the Dean School of languages, College of Education Ilorin.

The Governing Council, entire Management, Staff and students of the College have been enjoined to give adequate support and cooperation to the newly appointed Acting Provost of the College. 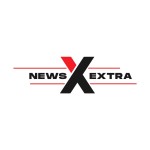 Nigeria At 62: Entrepreneurship and Industrial Hubs Hold Key To A Beautiful Nigeria — Nami